Fiona McLean-Buechel trained at the Royal Scottish Academy in Glasgow and the Royal Academy of Music in London. She has a passion for music in all forms; combining a busy career as a performer with writing creative and collaborative national and international performance projects.

Whilst professor of violin at the Junior Guildhall School of Music she became a pro-active member of the school’s external examination and development team. She also lectured and was a professor at Colchester Institute, Goldsmith’s College, visiting tutor for National Children’s Orchestra and Head of Strings for London Borough of Bexley.

In 2005 Fiona founded and was course director for the Dartington Plus Summer Youth Strings Programme. She subsequently founded and is Creative Director of SouthWest Camerata and the registered charity JUTPMUSIC whose work was been nominated for a Royal Philharmonic Society for Education and a cover story for ESTA.

She has been a visiting professor of violin at Dartington College and Cardiff University, lectured for the European String teachers Association, Cardiff University, South West Sound and U3A. Her string quartet are recording artists featuring regularly in shows for BBC TV. Fiona has recently been appointed to the International Guild of Workshop Presenters and Adjudicators and the British and International Federation of Festivals for Music, Drama and Speech and is a violin professor at Trinity Laban Junior Conservatoire in London. 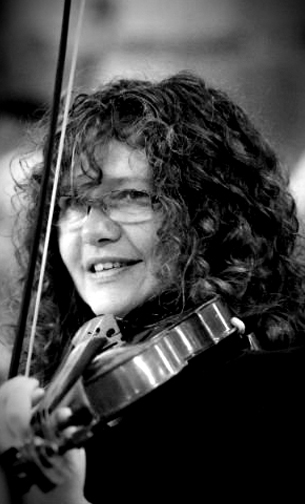